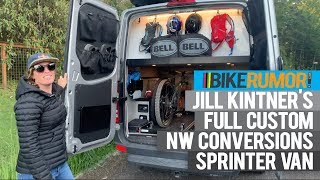 Few bands are more closely associated with Montreux than Deep Purple and there was simply no other contender when it came to choosing the act to headline the closing night of the 40th Montreux Festival in 2006. The band duly delivered one of their finest live performances, sprinkling songs from their latest album Rapture Of The Deep through a set chock full of their classic tracks. There was even a brand new song Too Much Fun written especially for the occasion and, of course, a show-stopping performance of Smoke On The Water.

We all came out to Montereax,
On the Lake Geneva shoreline.
To make records with a mobile,
We didn’t have much time.
But Frank Zappa and the Mothers,
Were at the best place around,
But some stupid with a flare gun,
Burned the place to the ground.
Smoke on the water and fire in the sky.
Smoke on the water…

We ended up at the Grand Hotel.
It was empty cold and bare.
But with the Rolling truck Stones thing just outside,
Making our music there.
With a few red lights, a few old beds,
We made a place to sweat.
No matter what we get out of this,
I know I know we’ll never forget.
Smoke on the water and fire in the sky.
Smoke on the water…